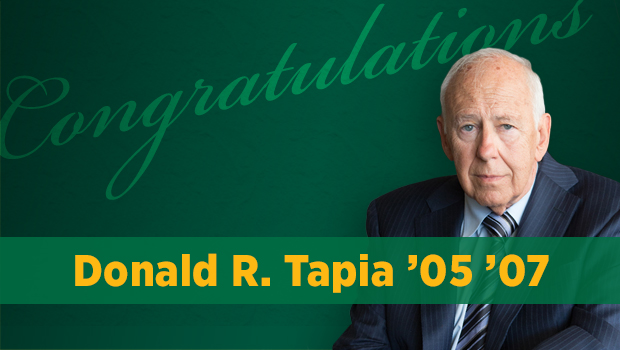 Tapia was confirmed by a Senate vote of 66-22 last week. As ambassador, he will represent the president in an official capacity and work on efforts to protect and promote national interests and maintain diplomacy.

“This is a remarkable opportunity that will have national and international impact,” said Saint Leo University President Jeffrey Senese, Ph.D. “I am incredibly excited for Don and the great work that he will do to serve our country in this position.”

Tapia was the chairman and CEO of Essco Group Management, which grew to become the largest Hispanic-owned business in Arizona. In 2010, he retired from the company to devote his time to philanthropy.

It was nearly 18 years ago that Tapia made the decision to pursue a college degree after being inspired by his grandchildren. In just 32 months, he completed his undergraduate degree in business administration from Saint Leo’s Center for Online Learning, while at the same time managing his multi-million dollar company in Chandler, AZ.

Tapia was deeply impressed when he visited Saint Leo’s main campus for the first time in 2005 to attend his commencement ceremony, and his relationship with Saint Leo strengthened. He joined the board of trustees in 2006, and earned his Master of Business Administration degree from Saint Leo, also online, in 2007. In 2011, he was named chair of Saint Leo’s Board of Trustees.

His generous gift of $4 million to Saint Leo was announced in 2010 and is the largest donation in the university’s history. The gift went to build what today is the Tapia College of Business building.

In 2014, the university awarded Tapia with the degree Doctor of Humane Letters, honoris causa, for his dedication to the university and for his great vision and sound advice. 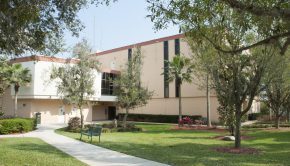 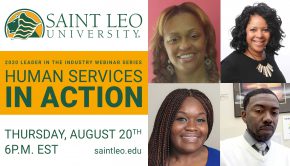 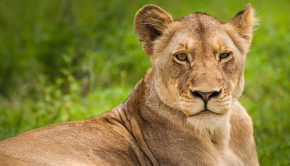