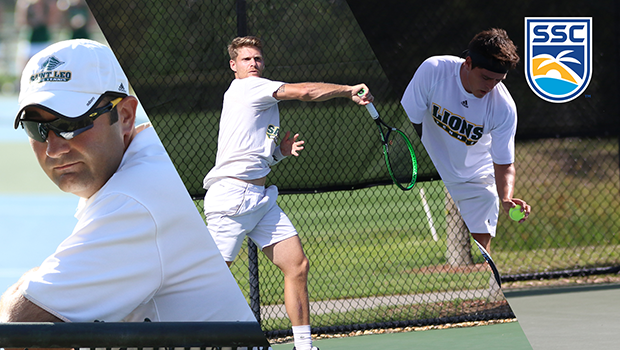 Saint Leo men’s tennis hosts Palm Beach Atlantic, Lynn, and Embry-Riddle for the South Region II at the Saint Leo Tennis Center. The Lions take on PBA this morning and Lynn and Embry-Riddle face off this afternoon. Read the complete release

Men’s lacrosse head coach Brad Jorgensen was named the 2018 SSC Coach of the Year where senior attack Jake Gilmour was named the Player of the Year. Gilmour and nine other Lions were named to the All-SSC teams. Read the complete release