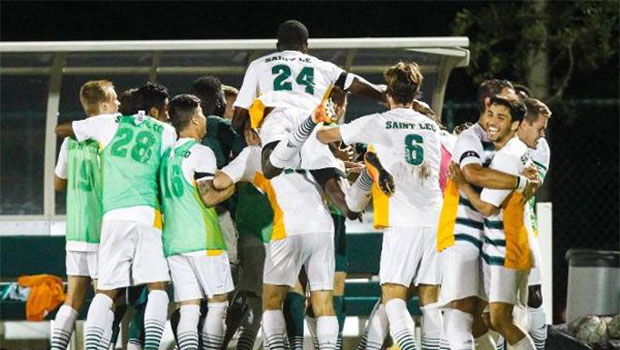 Saint Leo’s five fall sports will begin regular season competition this week to kick off the 2016-17 athletic year! Men’s and women’s soccer will both be making their home opener this week, and we invite you to come out and support the Lions! All home games will be at the Saint Leo Soccer Field.

In addition, women’s volleyball will open its 2017 campaign at Nova Southeastern’s 2016 Shark Invitational in Davie, FL, while men’s and women’s cross country will be at the Southeastern University Fire Short Course Invitational.

For complete schedule of upcoming events and past results, check our events calendar at www.SaintLeoLions.com

Saint Leo Director of Athletics Francis X. Reidy recently provided a recap of the great moments from the 2015-16 season, covered the many changes taking place with the Lions athletic program, and gave a look ahead to 2016-17 in a video entitled “Legacy of the Lions.” View the complete video.

Athletics rounds out its coaching and support staffs for 2016-17