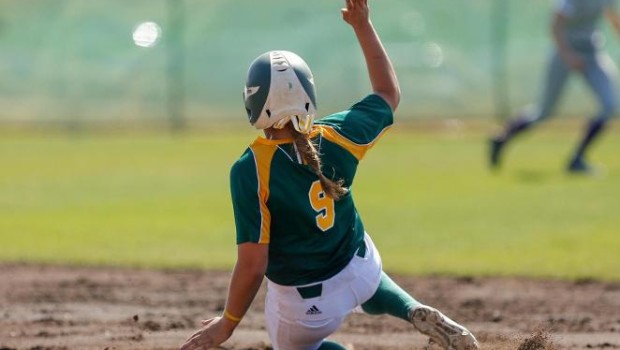 Registration is now underway for the 15th annual Spirit of Saint Leo Golf Tournament, which will take place Monday, April 11, at the Lake Jovita Golf & Country Club South Course. This four-person scramble brings together alumni, former teammates, and friends of Saint Leo Athletics to support the nearly 350 student-athletes who wear the Green and Gold. There is also the option to attend the dinner and auction events that evening at the Lake Jovita clubhouse. Read the complete release. Register Online!

Saint Leo athletics picked up points for their results in the NCAA Division II men’s and women’s swimming championships, and placed ninth in the most recent standings update for the 2015-16 NCAA Division II Learfield Sports Directors’ Cup. Read the complete release.

Saint Leo softball, off to a scorching start (26-1, 11-1 SSC) to the 2016 season after a strong, but disappointing, end to its 2015 campaign, has started to attract some media attention for its achievements on the diamond.
– Tampa Bay Times – 3/18/2016 – “Saint Leo softball team relentless in drive for trip to national championship”
– NCAA.com – 3/18/2016 – “College softball: Saint Leo making its mark in Division II”

Multiple Saint Leo student-athletes garnered a slew of Player of the Week awards last week, following a week of extraordinary results for the Lions.

Up, up, and away… for the Lions in national/regional polls!

Six of Saint Leo’s eight spring teams are currently in the national rankings, and several received poll updates last week.
– Softball climbed to No. 9 in the National Fastpitch Coaches Association (NFCA) rankings.
– Men’s lacrosse jumped to No. 18 on the U.S. Intercollegiate Lacrosse Association (USILA)/Nike Coaches Poll.
– Men’s tennis moved into the No. 1 position in the Intercollegiate Tennis Association’s (ITA) South Region rankings, and remain in the No. 7 spot in the most recent national poll released on February 24.
– Women’s tennis dropped one spot and checked in at No. 2 in this week’s ITA South Region rankings, trailing only SSC rival Barry University. The Lions are currently No. 3 in the ITA national poll released on February 24.